Campaign Earth is dedicated to building a movement for climate justice all across Maine. We organize actions and events to build a world that is just and sustainable for all who live here. Our organization provides the resources for communities to access solar energy, fight against extreme energy threats in Maine, and support youth work across the state. 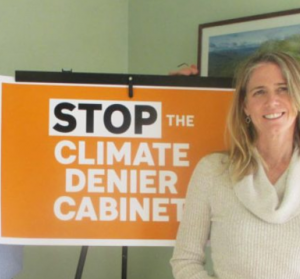 Sarah Lachance founded Campaign Earth in 2001, immediately following the birth of her first child.  Motivated by the overwhelming desire to protect the planet for all future generations, Campaign Earth was created.  For the first decade of its work, CE focused on a monthly challenge program that allowed people from around the country to take one step each month to lower their personal carbon footprint.  In addition to thousands of individuals taking the challenge, the program was implemented in schools, places of worship, and businesses around the United States. 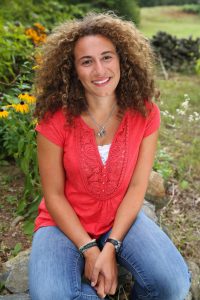 Chloe Maxmin is an organizer with Campaign Earth. Raised in rural Maine, Chloe has been a climate activist for sixteen years. She founded the Climate Action Club at her Maine high school and attended Harvard College, where she co-founded Divest Harvard. Chloe has lived and worked in Maine since graduating college. She served in the Maine House of Representatives in 2018, becoming the first Democrat to flip House District 88. In 2020, she was the youngest woman ever elected to the Maine State Senate. She proudly serves Maine’s Senate District 13.